The Danger of Jury Trials for Car Accident Victims

A familiar refrain about the American judicial system is that “it isn’t perfect, but it is the best system we have.” Any person who takes a car accident injury case to a jury trial needs to appreciate the main flaw of a jury trial. Jurors, simply put, do not get to hear most of the information that would allow them to render a fair verdict.

As an example, juries are typically not allowed to know whether medical expenses have been paid by a health insurer. In fact, evidence of any type of insurance is generally prohibited from being presented to a jury at all. As a result, jurors are often left wondering whether or not insurance paid the bills or not. Prior to the ObamaCare mandate that all people carry health insurance, I saw this swing both ways in jury trials. Some jurors would assume that we would not be in court if health insurance had already paid the medical bills, and these jurors would be inclined to fully reimbursing medical expenses in their verdict. Other jurors would assume there was health insurance, and balk at entering a big judgment against an individual defendant believing the victim would receive a double (or unfair) recovery.

Since ObamaCare’s insurance coverage mandate, I’ve anecdotally seen more jurors inclined to the latter thought process which unfairly limits an injury victim’s recovery. A colleague of mine recently took a car accident case to trial in which his client claimed $23,000 in medical expenses. The jury awarded the client $0.00 in medical expenses reimbursement and $20,000.00 for pain and suffering. Superficially, this made no sense. If the person was injured and entitled to pain and suffering, their medical expenses should be reimbursed. My confounded colleague spoke with several jurors after the trial and was shocked to learn that the jury thought they were giving his client a windfall. The jury assumed that all of the medical expenses were paid by health insurance because the injury victim was the kind of guy who certainly had health insurance. Thus, the jury thought the $20,000.00 was a great award because they assumed it would all go to the victim.

In my experience, most jurors want to do the right thing in accident cases. The jury trial problem is that the jurors often do not get enough information to render a fair verdict. This is something that all injury victims need to consider when determining whether to accept a settlement or take their case to trial. It’s one of the reasons lawyers always say jury trials are crapshoots. You can certainly get an unreasonably high, out-sized verdict, but the reverse is often true as well. 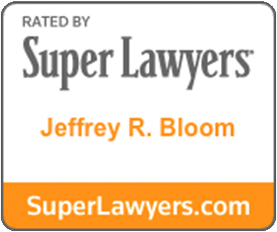